Zimbabwe, home of the famed Victoria Falls (and a lot more!), is a landlocked country, and although within the tropics, it enjoys a temperate climate, largely due to its general altitude, as there is an extensive central plateau, which acts as a watershed between the Limpopo and Zambezi River systems. Zimbabwe shares borders with Botswana, Mozambique, Zambia and South Africa, and also touches Namibia’s Caprivi Strip (renamed the Zambezi Region).

In overall size, at some 390,580 square kilometres, is slightly larger than Japan, or the US state of Montana. The country’s highest point is Mount Nyangani at 2 582 metres above sea level.

It is the lower-lying parts of the country that are perhaps the most diverse and beautiful – for example the Zambezi River valley, and flood-plains; Hwange National Park (Zimbabwe’s largest reserve); then there are the Matobo Hills, and the Eastern Highlands on the border with Mozambique.

The country enjoys a dry season, from May to September, when the country has a minimal rainfall. The rainy season is typified by heavy rainfall from November to March, with the entire country being influenced by the Inter-tropical Convergence Zone during January.

Formerly the British Crown colony of Southern Rhodesia, Zimbabwe's can trace its earliest inhabitants to the 5th century. During the 10th century, the plateau became the hub for the Shona  states; whilst trade with Arab merchants developed, as they had an interest in gold and ivory. This trade and development led to the foundation of the Kingdom of Mapungubwe, which came of age in the 11th century. Later came the famed Great Zimbabwe and the Rozwi empires. Zimbabwe takes its name from the Great Zimbabwe ruins, once the hub of an extensive empire, and second only to the Great Pyramids in size, in terms of man-made structures in Africa.

Zimbabwe is famed for the mighty Victoria Falls, but also offers a rich wildlife heritage in a number of National Park and wildlife areas, chief amongst which is Hwange National Park, the country's largest Reserve. It is a comfortable 3 hour drive from Victoria Falls and offers a good selection of Lodges within the Park, and in neighbouring private concessions.

Good news for Safari enthusiasts is that Mana Pools and Matusadona have both opened up more and more of recent years, with a good selection of accommodation. Mana Pools is across the Zambezi River from Zambia's Lower Zambezi National Park, on the floodplains of the River, making for some wonderful scenery and excellent wildlife sightings. Matusadona is on the northern edges of the famed Lake Kariba, and offers and excellent contrast to Hwange and Victoria Falls.
More information on the most popular  Safari areas is given under the links below...... 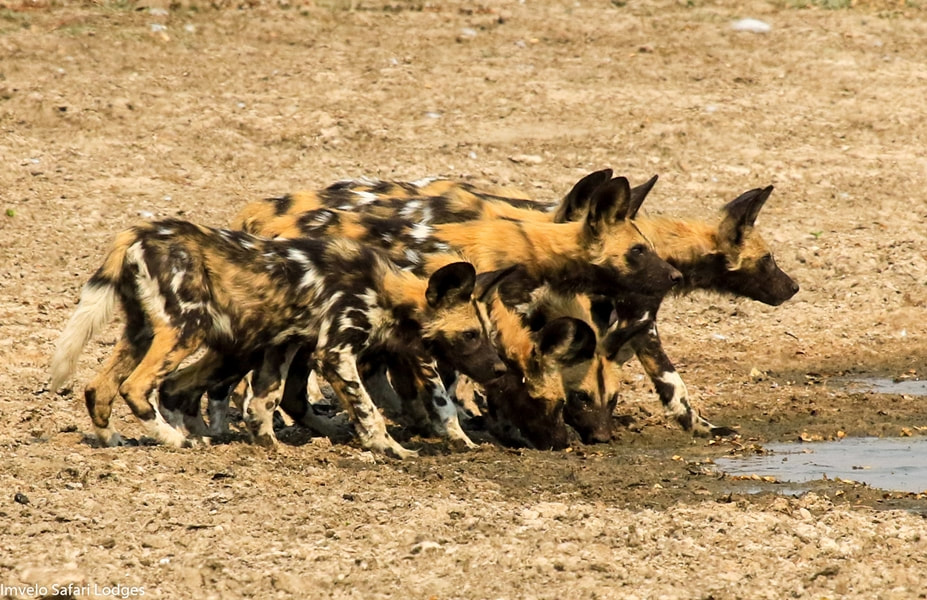 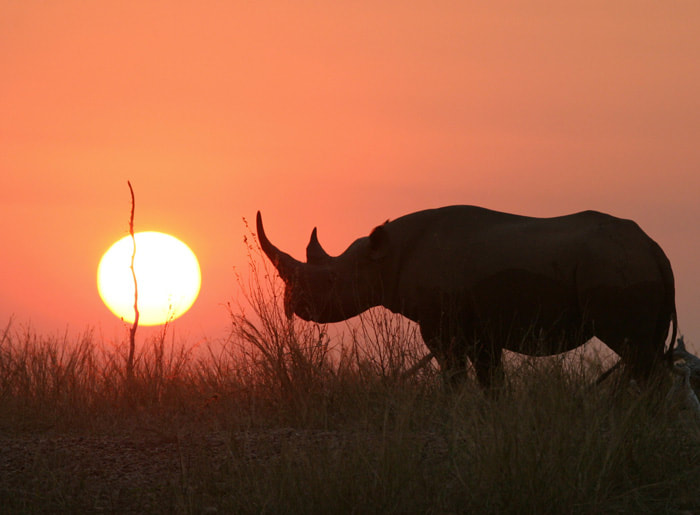 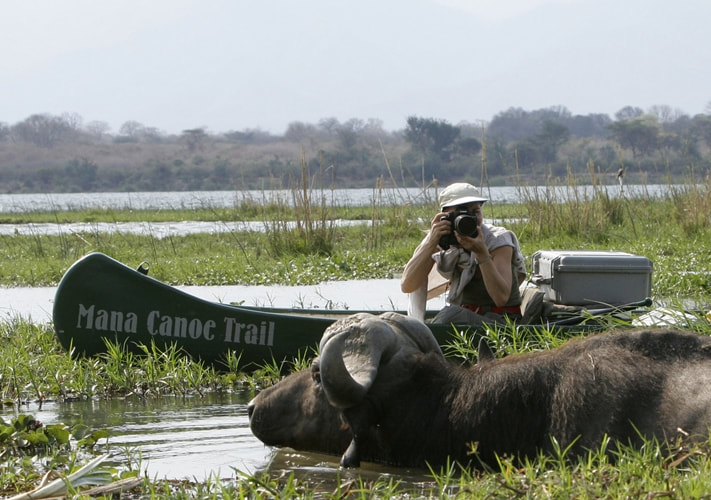 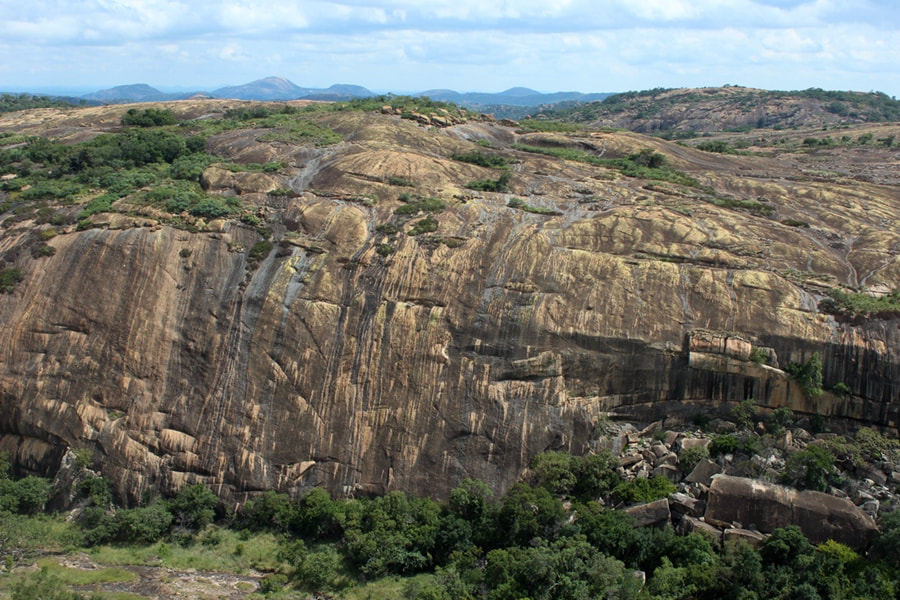 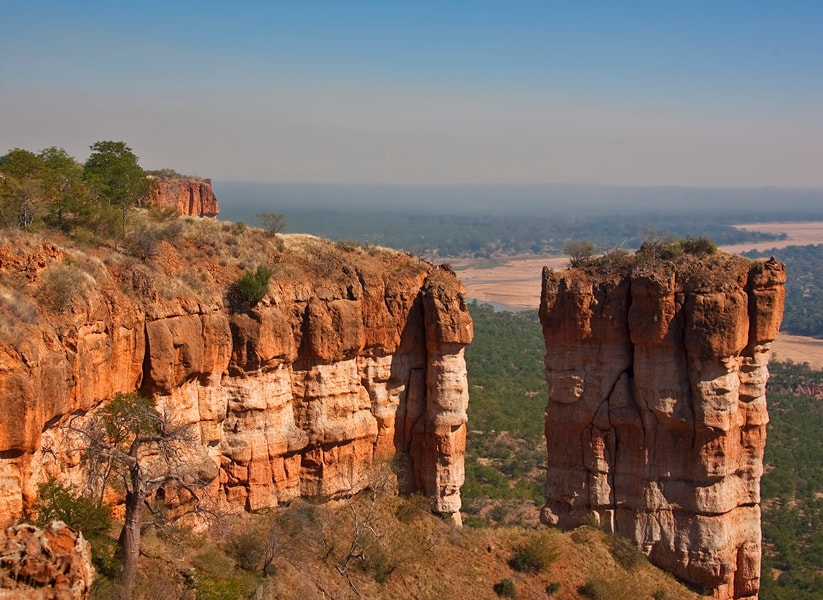 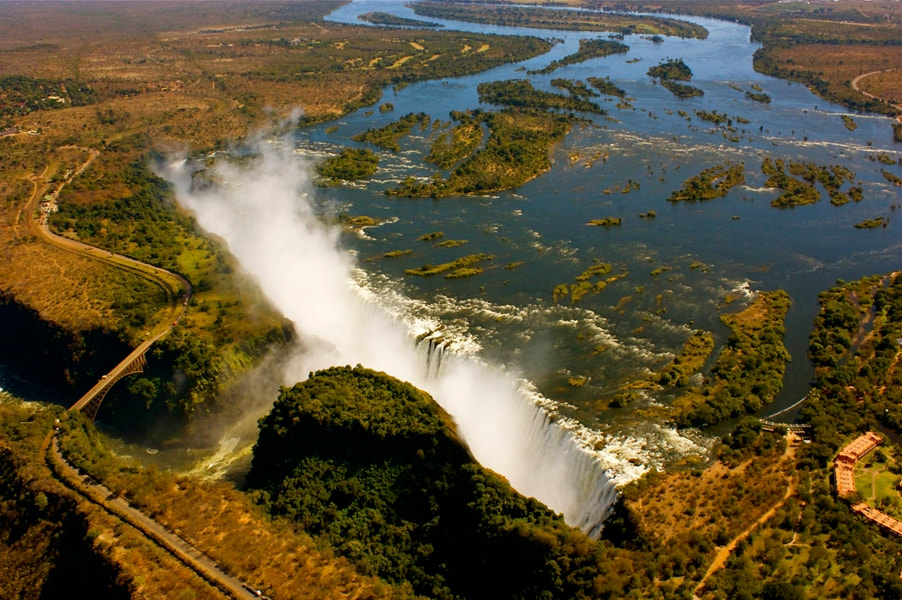 Zimbabwe may be best known for the mighty Victoria Falls, but it is also home to some wonderful National Parks and Wildlife Reserves. In the last few years, these areas have started to open up again, and visitors numbers have increased to Hwange, Lake Kariba, Matusadona, Mana Pools and the Matopos in particular. New lodges are opening, and visitors are enjoying some excellent wildlife sightings, great hospitality and wonderful scenery.

It is easy to combine Victoria Falls and Hwange, and you can now add Kariba, and Mana Pools using charter flights. Self-drive Safaris are also possible, as are guided tours, and camping safaris.

Zimbabwe Accommodation choices have improved of recent years, with some Lodges re-opening, or new Lodges appearing in the famed Safari areas of the country.

Hwange National Park, in particular, has a number of excellent lodges, with the park, and in private concessions on the edge of the Park.

Mana Pools is still remote, and offers a small selection of quality Lodges, Kariba's Matusadona has some new and some established Lodges to enjoy.

Victoria Falls has some new offerings, and there is still and excellent selection of Hotels and Lodges in and around the town... 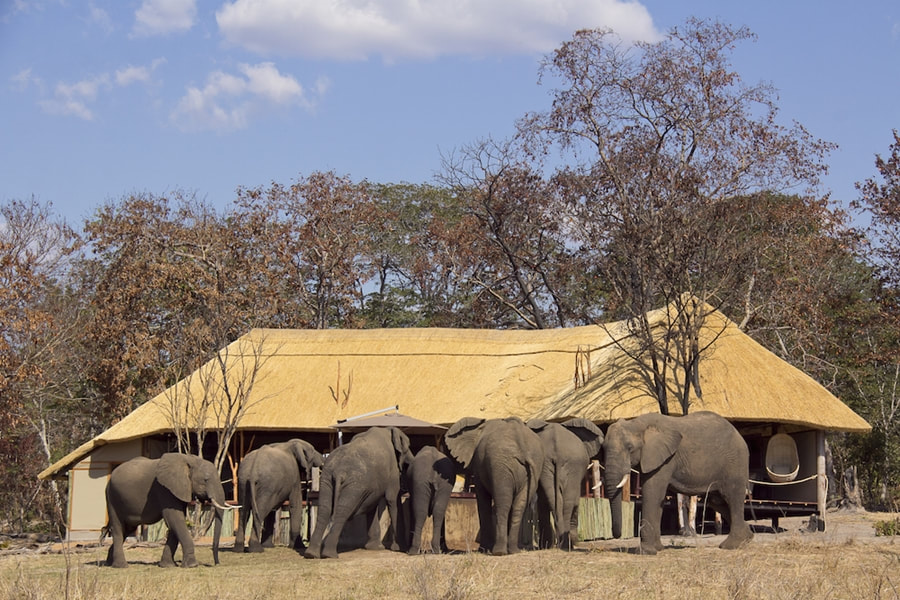 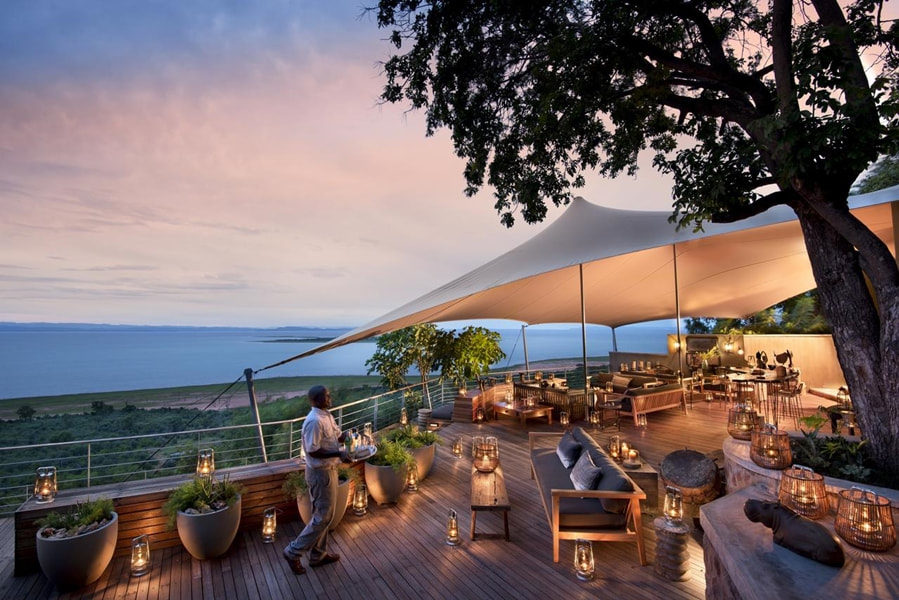 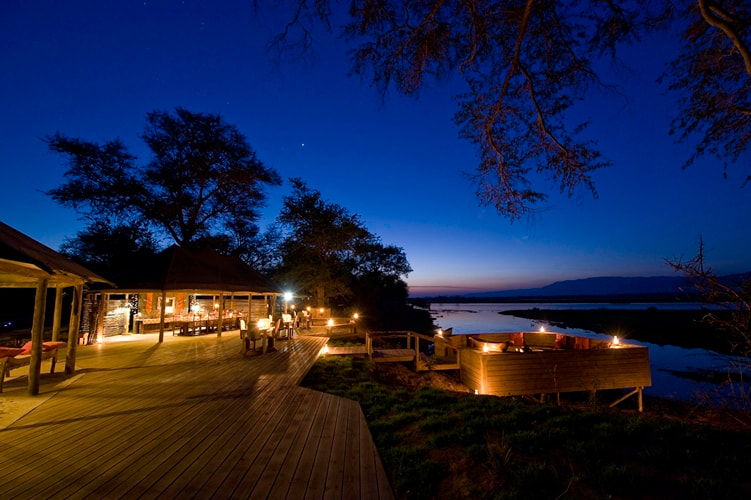 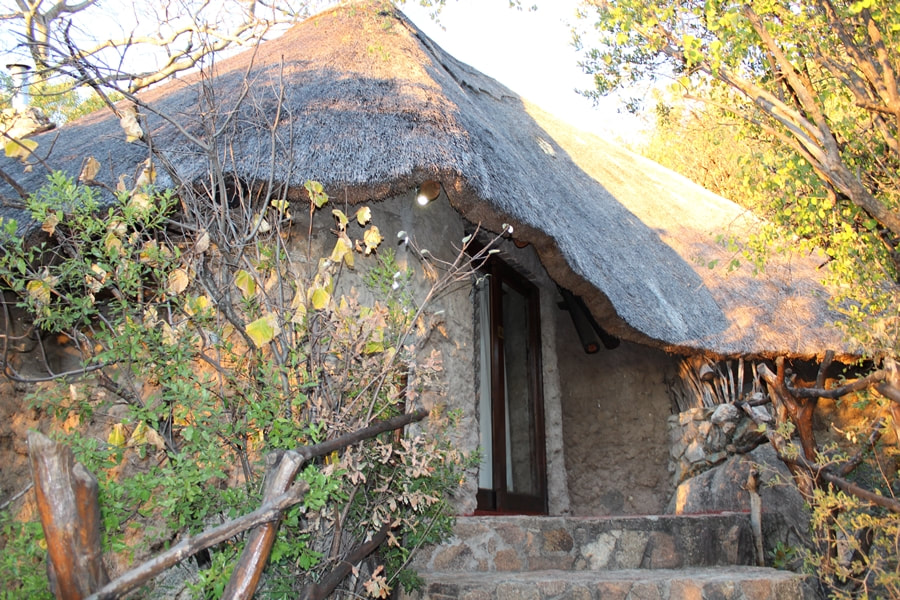 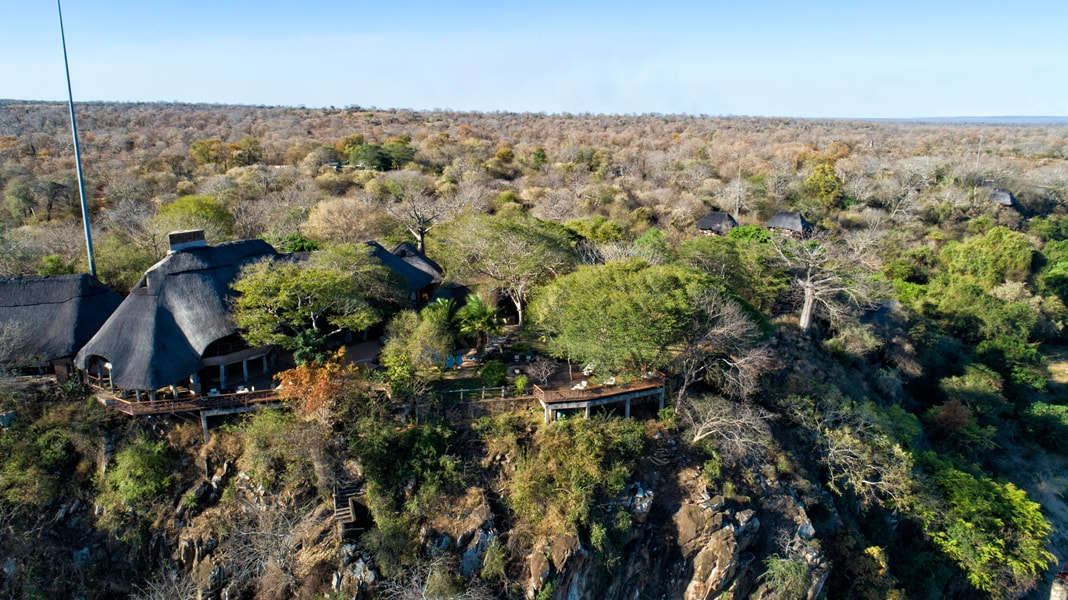